4-RUNNER is a complete production process starting from a coil: straightening, end-forming (up to six passes), facing, rolling, bending, cutting and controlled unloading of the finished part all in one.

The unquestionable advantage of this combined machining centre is that it can be configured and used with various modules for specific jobs or complete processes from straightening to unloading the finished parts entirely cut, bent and formed.

On bending side, the 4-RUNNER allows to make fixed and variable radius arrangements on the plane and in space, which can be integrated according to design development in automatic sequences without bending problems: all-in-one process, without reworks.

The possibility of combining multiple radius bending or stretching technologies on the same part guarantees the best flexibility and the highest production rates.

On end-forming side, the machine may be configured with four or six push passes or four push and one revolving pass.

top flexibility for jobs and applications

Programming is made through the BLM graphical interactive programming software VGP3D, with:

The VGP3D is a three-dimensional, user-friendly and interactive graphical programming software, thanks to its mode of introduction of the data of type conversational supplemented by a touch screen. It operates under a WINDOWS environment and, thanks to its encryption key, it can be installed on a remote programming station that can be networked with the machine via an ETHERNET card already integrated into the machine. The VGP3D allows an instant visual inspection of the geometry of the part during the development of the program.

It checks the feasibility of the parts, calculates the cycle times, detects any collisions with the machine or its environment and solves them by automatic simulation of all possible working cycles.

The edited programs are automatically optimized but can also be manually operated thanks to the “drag and drop” function, which allows, by simple digital pressure, to move each mobile element of the machine.

All these functions allow fast and precise encryption of the parts to be produced without incurring any cost (tools, focusing …).

The machine is also equipped with a remote assistance software which allows, via modem, immediate assistance of our technicians for assistance and troubleshooting 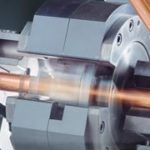 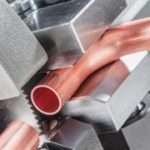 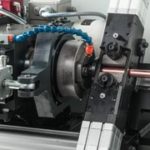 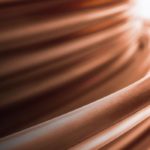